(Honesdale, May 6, 2017)…A well-known Blues musician, a trio of ladies—“masters of three-part harmony”—and a spirited rock band will take the stage at the 12th annual Honesdale Roots & Rhythm Music & Arts Festival.  “We’ve got three fantastic acts lined up and we’re poised to announce the headliner,” says Randy Kohrs, music committee chairperson. “Bruce Katz and his band will kick it off around 1:30pm in Honesdale’s Central Park, and the talent on stage won’t stop until nine.”

Bruce Katz (pictured above ) is a four-time nominee for the Blues Music Award and was inducted into the New York Blues Hall of Fame in 2013.  Fellow musician Greg Allman called Katz “a heavy” who can play “jazz, blues, Bach, anything.”

The free music and arts festival will showcase Katz, followed by Thomas Wynn and the Believers.  This group of five men and a woman personifies rugged uplifting rock, sprinkled with southern soul R&B, according to the Chicago entertainment website Metromix. “They deliver soulful, gritty tunes, some as sweet as honeysuckle and others ferociously jagged, reminiscent of Levon Helm and Neil Young…”

Next up:  No Good Sister, three women from the Philadelphia area who started singing together in 2012. Not long after, they won an open mic competition at World Cafe Live at The Queen in Wilmington, DE, which ultimately led them to being named the Standout Performer of 2013. This spring they released their first full-length studio album, You Can Love Me.

“No Good Sister belies their name—they’re really good,” laughs Kohrs, adding, “all these bands will lead up to the final headlining act, which we will announce soon. Stay tuned!”

Honesdale Roots & Rhythm officially opens at 10:30am along Main Street with local bands and then moves to Central Park, where attendees can enjoy arts, crafts, games and food. This non-profit event is totally free of charge, put on entirely by volunteers and supported by sponsors, donors and grants.

To find out more, visit honesdalerootsandrhythm.com. 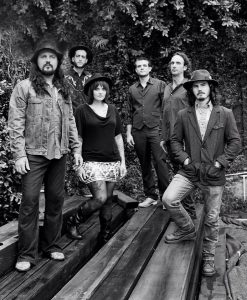 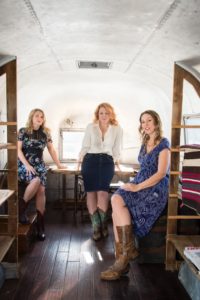