HONESDALE, PA – Honesdale Roots & Rhythm Music & Arts Festival is going to be here before we know it. Following our announcement of this year’s headliners, The Sadies, the Roots & Rhythm Board is happy to announce three additional bands playing the main stage, two of which quite literally have roots in Honesdale. 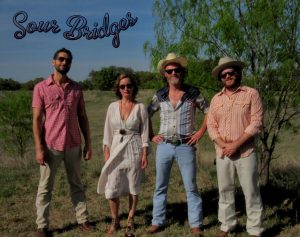 Brewed with the best ingredients from the high plains of Texas, the hills of Pennsylvania, and the red dirt of Oklahoma, Sour Bridges is the finest band of hand clapping, foot stomping Browngrass that Austin has to offer. What is Browngrass? It’s like bluegrass, just a little dirtier. With aroma notes ranging from the Byrds to the Beatles, Sour Bridges is an unparalleled mash of flavor explosion. Made up of band members Bill and Matt Pucci (Honesdale natives), guitar and vocals; Kathryn “Mama Kat” Wilkes, violin, and Garrett Ross, drums. Pull up a chair and pour you a glass. Sour Bridges always goes down smooth! 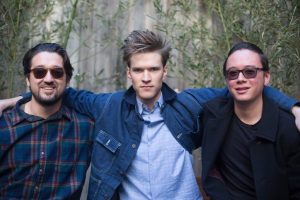 The Whiskey Killers bring high energy American roots music to audiences throughout the USA. The band formed in Brooklyn and has been making it’s mark in New York City with revelrous live performances of Country, Blues, Tejano, and Rock music. With one half of the band hailing from Pennsylvania and the other half from New Mexico and Virginia, they bring the Northeast and Southwest together to make a sound that can only be described as ‘American Roots’. Comprised of band members Patrick Sampson (Honesdale native), vocals, violin, guitar; Austin Arrington, vocal, bass; Luther Wong, trumpet; and Justin Carter, drums. 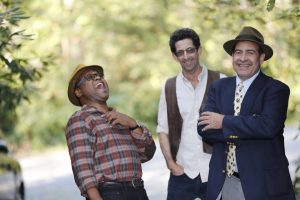 Bobby Kyle has developed a career as a well-respected songwriter, guitarist, vocalist, and producer, over a career that spans 40 years. He is a 2015 inductee to ‘The Pennsylvania Blues Hall of Fame’, with an impressive resume that includes apprenticing with Lonnie Mack in the late 1970’s; working as a full time band member for Bill Dicey from 1979-1981; going on the road with Eddie Kirkland between 1983 and 1989; and touring and recording with Grammy winner and 2017 inductee to ‘The Blues Hall of Fame’, Johnny “Clyde” Copeland, from 1989 to 1997. The influences of his mentors and heroes, channeled through Bobby’s distinctive voice, can be heard on his critically acclaimed album, “It’s My Life”, just released in 2017. For the past twenty years, he has led a dynamic East Coast Based Band, Bobby Kyle & The Administers, which includes mainstays Everett Boyd on bass, Marc Copell on drums. Bobby Kyle & The Administers will be joined by Indofunk Satish on trumpet and Atsushi Ouchi on saxophone.

Honesdale Roots & Rhythm officially opens at 10:30 Saturday morning, June 16 with local bands along Main Street and then moves to Central Park, where attendees can enjoy arts, crafts,  games and food. This non-profit event is totally free of charge, put on entirely by volunteers and supported by sponsors, donors and grants.